How I Do It - Body contouring - PAL-HD liposculpture in men and women
By Ahmad Saad, Luciano Nahas-Combina, Carlos Altamirano-Arcos and Mariam Saad

Both men and women seek to improve their physical appearance, contour their figure, and achieve results that cannot be always be obtained solely with diet and exercise. Therefore, liposuction is one of the most popular aesthetic procedures.

Power-assisted liposuction (PAL) is a mechanically reciprocating technology that recreates the forward and backward motion of the surgeon’s arm with the cannula tip at a low (3mm) amplitude.

The anatomical definition can be categorised into three groups based on the extent of superficial fat liposuction and the difference in skin height and projection between the treated and untreated areas of the superficial fat layer:

An in-depth preoperative evaluation is crucial for achieving excellent outcomes. During the preoperative visits, patients are educated about the importance of adherence to the postoperative protocol, healthy diet, and exercise habits. Listening to their expectations is of paramount importance; that is why we show them before and after photos presenting them realistic possibilities.

Patients are marked in the preoperative area in standing position. The underlying anatomical structures should be followed and respected to the highest details. We use different colours to mark anatomic structures (costal margin, midline, xyphoid, etc.), areas with excess fat to be aspirated, areas that need augmentation with fat transfer, and last but not least, anatomic landmarks in the superficial fat layer to be sculpted.

Wetting solution (1000ml of 0.9% NaCl, 20ml of 1% lidocaine, 1ml (1:1000) epinephrine) is injected through 5mm incisions. Both deep and superficial compartments are infiltrated using the ‘superwet’ technique.

This phase is crucial. It consists of using the PAL vibratory energy without suction power. Tunneling is performed between fat in both layers and the tumescent fluid. This action adds more interaction between the infiltrated solution’s components and the fat to decrease bleeding and maximise lidocaine effect.

An interplay and switching between suction / vibration and vibration alone help us define the anatomy to the desired level.

This is the final step. It consists of using the reciprocating mechanical energy of the PAL system without the need for suction.

Passing the cannula permits the superficial fat layer to be smooth and correct any step-off that could have been created during the aspiration phase. 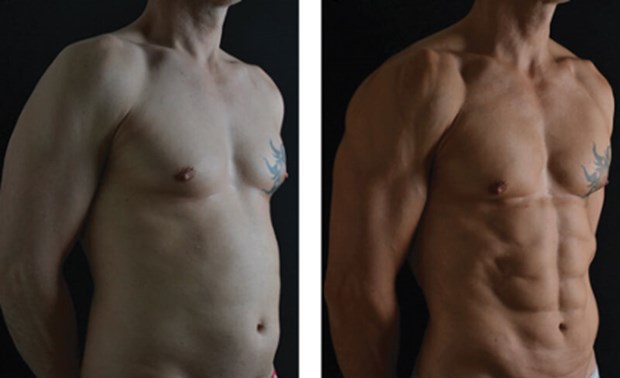 Figure 1: (Left) A 35-year-old make after PAL-HD liposculpture of the chest, abdomen,
back and arms, along with fat transfer to the chest for pectoral definition. There are six abdominal packs.
(Right) At six months postoperatively there is visual harmony between the different body parts, and the packs are
asymmetric because we followed the patient’s own anatomy when we marked him preoperatively.

PAL-HD can be offered as a spectrum of definitions and it has been proved to be a safe procedure that delivers reproducible, natural-looking results with high patient satisfaction rates, low risk of complications, and relatively short and tolerable recovery process [1,2] (Figure 1). 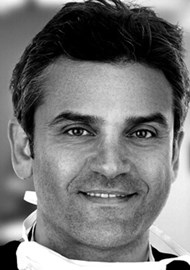