The difficult neck, particularly an obtuse cervico-mental angle, and the fatty neck are areas that have been concerning plastic surgeons for decades. This article will be chiefly limited to the anterior neck. The neck cannot be improved by anterior neck lifting alone and a subsequent article will focus on the neck as approached via the classical facelift incisions and will also cover the classical facelifts as they are often closely related to concomitant neck profile.

Firstly, a focus upon the issues concerning the patient must be identified as well as what is meant by a ‘neck lift’, which is particularly relevant in terms of consultation and patient information.

The pure neck lift usually pertains to an approach via a submental incision, with or without liposuction of the subcutaneous fat; this liposuction can be simple, power, ultrasound or laser assisted. The fat, deep to the platysma and between the anterior bellies of the digastric muscles is usually approached via a direct surgical excision. Frequently, generalised neck laxity will include the entire neck and lower face, in these cases a classical facelift approach is usually best adopted.

A thorough understanding of the path of the facial nerve throughout the face is essential in all facelift and aesthetic neck surgery. The most important branch to consider, in neck lifting, is the marginal mandibular branch. This exits from the lower part of the parotid gland, between the deep and superficial lobes. There is sometimes more than one branch. Most typically the main branch runs deep to the platysma muscle, and runs one centimetre below the palpable edge of mandible. The nerve then approaches the muscles supplying the mouth in a direction that usually crosses the palpable facial artery as it crosses the mandible. It then supplies the muscles of facial expression at the corner of the mouth. 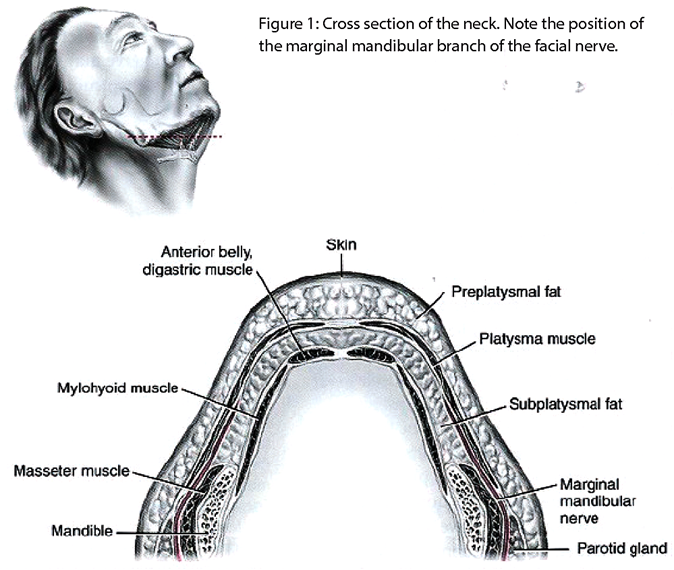 A large and prominent untreated submandibular gland can be a problem. This can be addressed in several ways. Consideration must be given to partial excision versus botulinum toxin used to shrink the gland when indicated. Partial excision is a permanent solution, but carries risk of damage to the lingual nerve, seroma and fistula. If botulinum toxin is used as opposed to surgical resection this will require repeated treatments. I recommend starting with a small dose of eight units (Botox / Bocouture), and increasing if required.

This is the most difficult issue, and there are several methods used to attempt to elevate this area. However, if the hyoid is low, short of dismantling the larynx, this cannot be easily elevated very far. This angle is best improved using Daniel Labbe’s technique, described below. 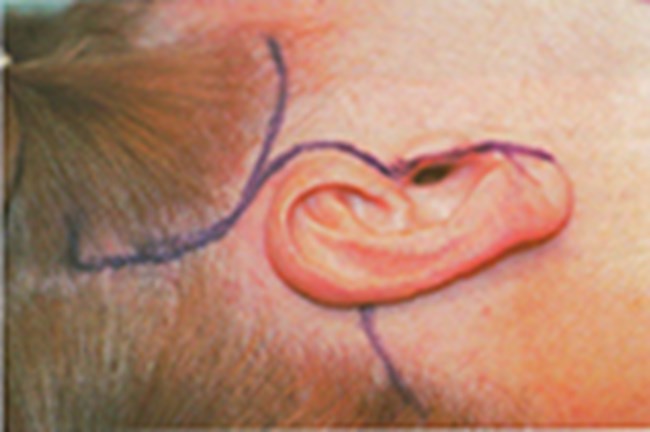 Submental lift: The scar should not be placed in the natural submental crease, this can lead to a witch’s chin appearance, and a deep scar. The scar should be placed 5-8mm behind this crease, allowing the crease to stretch, and for the scar to be best hidden. This incision allows good access to the anterior neck and the interdigastric fat pad.

The lower part of the incision should follow the curve of the ear, and exit posteriorly above the level of the tragus. In cases where there is a large quantity of excess skin this should then follow the margin of the hairline in the occipital region. In more modest cases this should enter the hairline. In most cases an anterior curve to limit sideburn elevation is used to avoid this ‘tell tale’ facelift complication. This can be zig-zagged if preferred.

Anteriorly above the tragus the scar in cases of excess skin may take a path entirely anterior to the hairline, this is the technique promoted by Dr Bahman Guyuron of The Cleveland Clinic. Generally speaking, however, due to the risk of an obvious scar, the scar above the ear is hidden 1-2cm behind the anterior part of the hair bearing temporal skin. The major advantage of an upper temporal skin incision placed anterior to the hairline is to elevate the brow.

Surgical approaches to the neck

This is approached via a submental incision, and traditionally liposuction is applied with or without energy. I would recommend employing a spatulated short 3mm cannula. This can leave a hollowed out irregular appearance, and does not treat deep fat well. The tightening produced by ultrasonic, or laser liposuction, even with the latest generation tools available is often inadequate. Many experienced surgeons favour a direct surgical excision of submental deeper fat under direct vision. Liposuction can be useful in the heavier patient as a global approach to facial and neck subcutaneous fat, followed by a skin tightening and superficial muscular aponeurotic system (SMAS) modification procedures.

Several debates have been undertaken to discuss platysmal tightening and fixation in the midline, with and without horizontal and lateral split. This has also been debated in terms of being carried out before and after lateral platysmal tightening. In my experience none of these techniques alone improve the difficult neck.

The modifying of the superficial musculo aponeurotic system (SMAS), with a part of the flap slung behind the ear described by Magdy Saad (Baron and Saad: Plastic Surgery, Saunders Press; 1970), can assist in recreating the neckline but the flap is too small and high to be effective enough, particularly lower down the neck.

The best method of all that I have studied over the last 20 years is that described by Daniel Labbe. The technique is based on placing two vicryl 3/0 sutures from the lateral edge of the SMAS 2cm below the ear, and fixing this to Lorres Fascia, just below the lowest part of the ear. This immediately improves the cervicomental angle in most difficult necks. 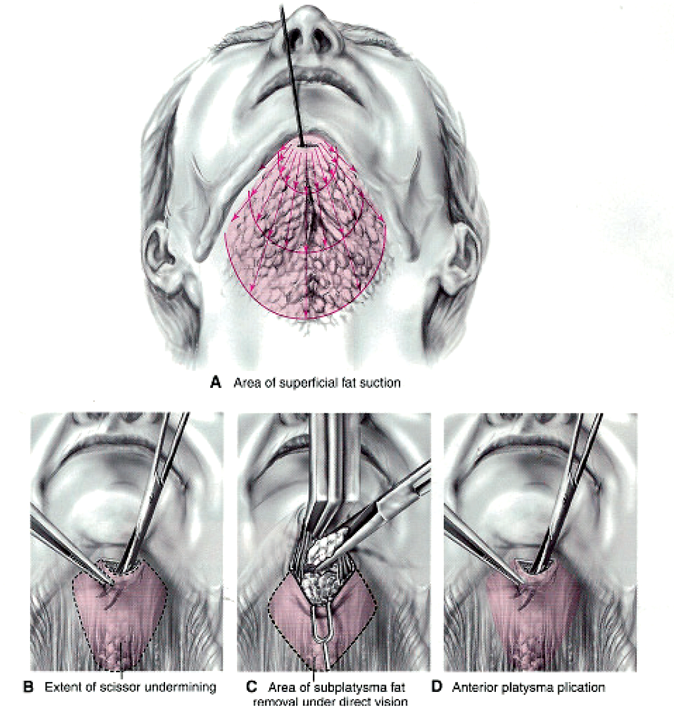 Figure 3: In residual anterior neck bulging there is often a large subplatysmal fat compartment. Subplatysmal fat can splay apart the anterior platysma muscle. In these cases I use a plication technique with 3/0 vicryl, when there is good elasticity in the muscle.

The submental incision should be 2-3cm in length, should be centred over the origin of the platysma muscle, and should not be detectable when the patient is looked at either from the front or profile.

Closed liposuction is best avoided here due to a high chance of over or under resection, and due to risk to the marginal mandibular nerve.

The subplatysmal fat is best resected conservatively, and in a sculptured manner respecting the submental and cervical contours.

Excessive resection in this region must be avoided at all costs because the resultant depressions and irregularities are very difficult to repair.

Simple anterior platysmal plication can be performed only if the muscle has good elasticity; otherwise a ‘corset’ repair becomes necessary.

When the platysma has considerable laxity, reefing up of the anterior excess of the platysma muscle origin from below the chin to the hyoid bone becomes mandatory.

The limited ‘corset’ platysmoplasty is performed with a horizontal mattress suture of 3/0 PDS.

If fat resection is required this should be conservative.

To prevent bowstringing, a transverse release of the platysma muscle over the hyoid bone near the new cervicomental angle is required.

If laxity of the platysma is severe, it is best to resect the anterior platysma excess in strips 1-2cm wide, rather than to bunch up the excess, creating a thick bowstring of muscle.

Resection of the excessive anterior platysma muscle should be tailored to the patient’s needs and extended the full length of the neckline if necessary.

After the excess platysma has been resected and haemostasis judiciously performed, the neckline should be recontoured, with a corset platysmoplasty and inferior release.

When the laxity extends the full length of the neckline, and the platysma muscle is not long enough to justify resection, a full corset platysmaplasty is best [1].

The best candidates are thick necked patients that appear to have a low hyoid bone. These patients in reality have an extensive subplatysmal fat collection, and a lack of platysma muscle decussation.

When a full corset is used, the inferior release is set at the level of the thyroid cartilage.

In some rare cases, extensive defatting of the entire muscle is required, with a full length excision of 1-2cm of muscle, and a full corset platysmaplasty. 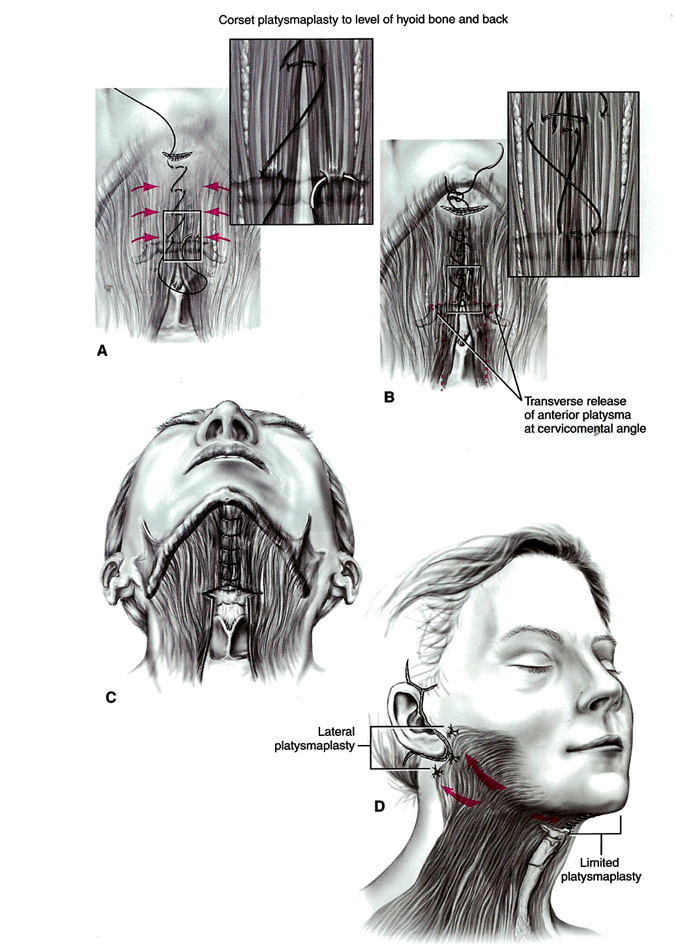 Figure 4: In significant laxity cases a corset approach is required using a horizontal mattress suture. The limited corset ends at the hyoid. 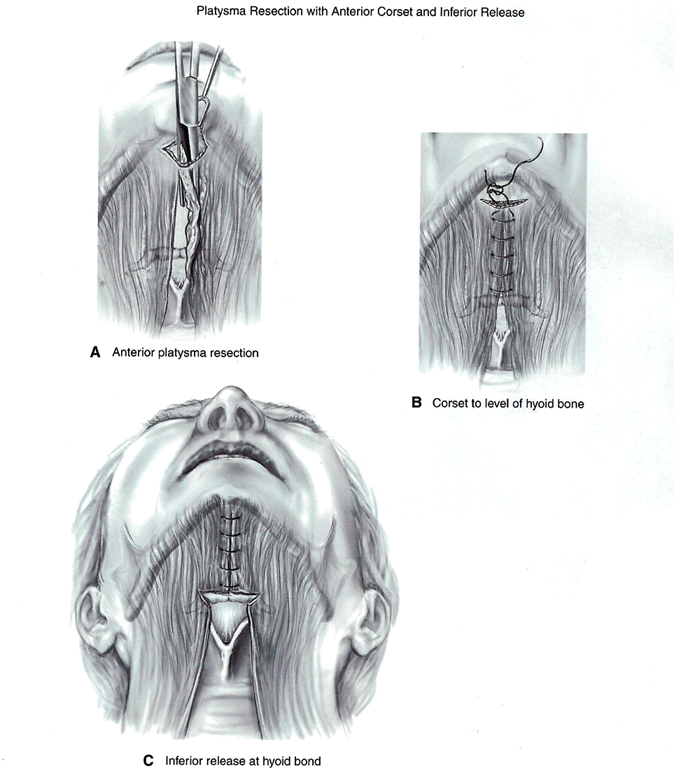 Figure 5: In severe laxity the anterior portion of platysma is resected. The neck is then recontoured with a limited corset technique. 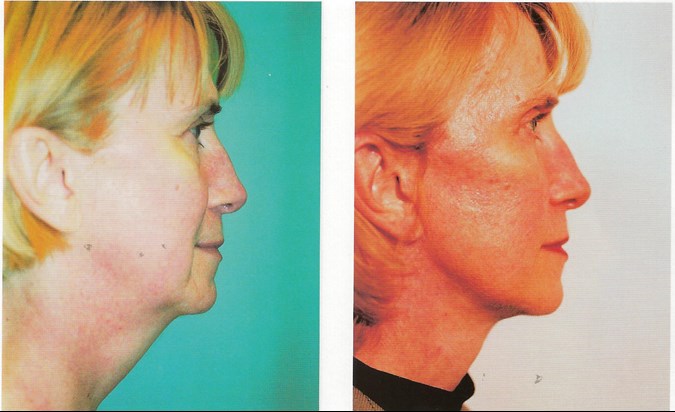 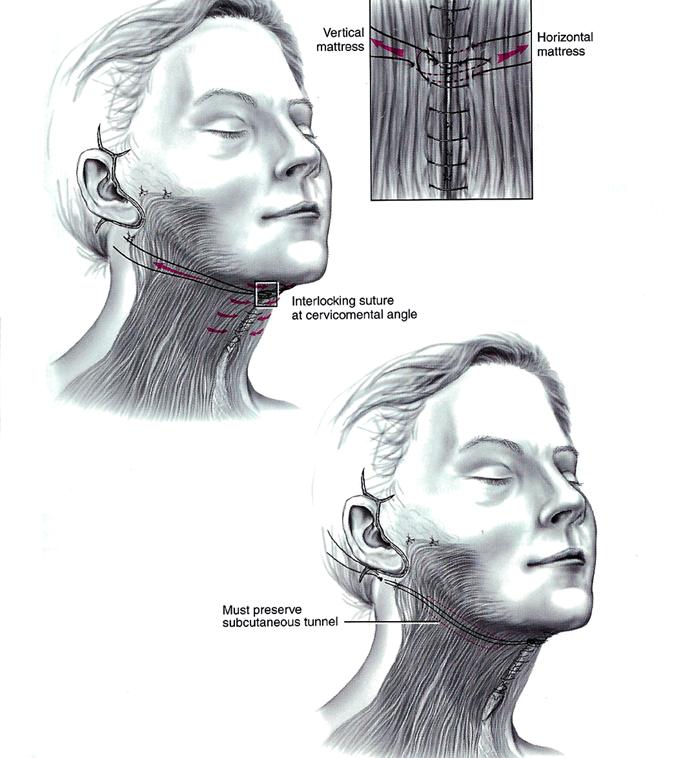 Figure 7: In some cases the platysma is so decrepit that a network of full interlocking sutures spanning the full width of the neck becomes required. It is important to preserve a subcutaneous tunnel in the neck, and place them in an accessible location in the mastoid fascia, as adjustment is sometimes required.

Sometimes, with a full corset platysmaplasty, the neckline is not properly recontoured, and the cervicomental angle is not well defined. In these cases the platysma muscle can be tearing apart due to being very thin. Interlocking suspension sutures can help. Proline sutures can span from the central corset sutures, at the level of the hyoid to the mastoid fascia. This can create a new cervicomental angle.

These sutures must be placed to a careful prepared subcutaneous tunnel, which should be placed along the proposed location of the new cervicomental angle. They are placed deep in the mastoid fascia close to the post auricular suture line and under passive tension, so as not to tear apart the midline sutures. Finally the patient should be informed that these sutures could be adjusted or removed a few weeks after surgery if desired. 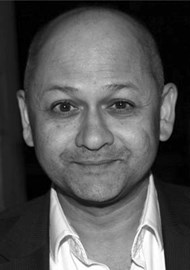