A 65-year-old gentleman with bilateral primary open angle glaucoma presented to an oculoplastic surgeon following referral from their glaucoma specialist. Following recent right eye glaucoma surgery, the patient had noticed right under eye swelling and had confronted the glaucoma surgeon threatening medicolegal action for failure to consent about the poor cosmetic outcome that had arisen from the operation.

Full orbital examination revealed marked asymmetry of the patient’s features (see Figures 1 and 2). Exophthalmometry readings were symmetrical for both eyes and ocular motility was normal. Vision was 6/6 both eyes unaided.

Past ocular history review showed that glaucoma control had been poor in the right with drops alone for many years, necessitating a series of glaucoma operation procedures over the past eight years. The most recent being a Baerveldt tube insertion (a shunt type operation used to divert aqueous humour from the anterior chamber to an external reservoir). It was only following this latest operation that the patient noticed his lower lid asymmetry. Long-term glaucoma control to the patient’s left eye had been good for over 15 years but he required multiple medications including Ganfort (bimatoprost / timolol), Alphagan (brimonidine) and Azopt (brinzolamide). The patient revealed that he had been an amateur boxer 30 years previously. Reviews of some old photographs showed that the patient had started to develop his facial asymmetry signs about five years ago.

It was felt that there were two possible mechanisms to account for the patient’s asymmetry: right orbital fullness (e.g. due to a space occupying lesion, asymmetrical thyroid orbitopathy, chronic orbital oversized bleb formation from an overdraining glaucoma operation) or left orbital volume deficiency (e.g. from orbital fat atrophy related to chronic topical prostaglandin usage, occult orbital floor fracture.) Orbital imaging with CT and MRI was normal and thus ruled out most of these differential diagnoses.

In view of the above findings, with marked left eye only eyelash hypertrichosis and the chronology of onset of the orbital asymmetry, a diagnosis of left prostaglandin usage associated periorbitopathy was made. It was explained to the patient that the right lower lid lesion which he had only recently noticed was not pathological and unrelated to his recent surgery. It represented normal involutional orbital fat prolapse and that the reason why similar changes were absent from his left side were due to persistent long-term anti-glaucoma drop usage. The patient calmed down and retracted his medicolegal claim. Frustrated with his orbital asymmetry, the patient enquired about treatment strategies. Left superior sulcus volume augmentation with hyaluronic acid fillers and right lower lid transconjunctival blepharoplasty were offered but declined by the patient in view of his advanced glaucoma.

Topical prostaglandin analogues are often the first line agent used to lower intraocular pressure within the management of glaucoma [1], but the usage in particular of bimatoprost (a PGF2α agonist) is associated with periorbitopathy and hypertrichosis. PGF2α receptor stimulation reduces orbital adipogenesis and proliferation of adipocytes. Orbital fibroblasts are sensitive to its effects, resulting in orbital fat atrophy and apparent enophthalmos (prostaglandin-associated periorbitopathy) [2], leading to some authors even considering if they may be used to treat thyroid related orbitopathy [3] and used as a ‘chemical blepharoplasty agent’ [4]. The presence of prostanoid receptors on eyelash follicles and their stimulation by these agents to stimulate eyelash growth explains the common side-effect of hypertrichosis in these glaucoma patients and the licensing of ‘Latisse’ (bimatoprost 0.03%) for cosmetic usage. The presence of asymmetrical hypertrichosis, therefore, can be a useful clue to look for the asymmetric prostaglandin usage and other occult diseases [5].

Our case reinforces the importance for aesthetic practitioners to have a background understanding of glaucoma and the preoperative considerations necessary to be made prior to aesthetic and functional oculoplastic management of these patients [6,7]. We would recommend that practitioners involved with the aesthetic oculoplastic management of these patients liaise with the patient’s ophthalmologist routinely prior to embarking on treatment.

It is important that aesthetic practitioners understand how some ophthalmic medications, in particular prostaglandin analogues, can affect a patient’s appearance and the importance of a thorough ocular history-taking and orbital examination in planning management and avoiding medicolegal pitfalls. 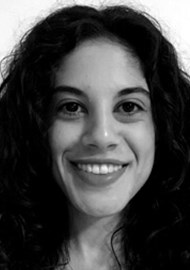 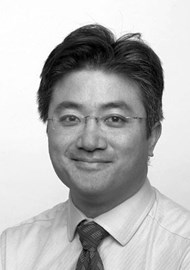