Laser hair removal remains the best method of eliminating unwanted hair, including cases of hirsutism. Due to the pathogenesis of hirsutism, laser therapy alone can be insufficient to treat it.

Male pattern terminal hair growth is caused by androgens and reflects the conversion of vellus follicles into terminal ones. However, some female patients have androgen levels within the normal range, which suggests that their hair is particularly sensitive to androgen stimulation. Other clinical signs for hyperandrogenisation include oligo- or amenorrhea, infertility, acne, female androgenetic alopecia, and true virilisation with male pattern hair loss. In 72-82% of cases, hirsutism is caused by polycystic ovarian syndrome (PCOS). In such cases, a holistic approach is required for the effective treatment of unwanted hair. First, hormonal imbalances should be managed by a gynaecologist, and then laser hair removal can be considered. The treatment can only be effective while patients are taking combined oral contraceptives (COC), since most women experience a relapse of hirsutism, acne, etc. after withdrawal. 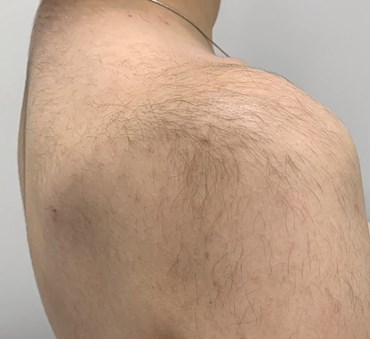 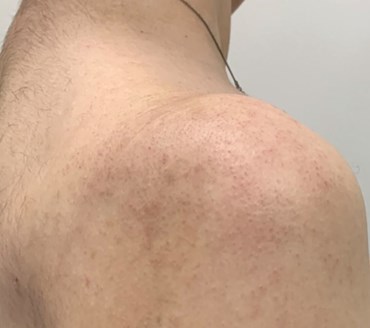 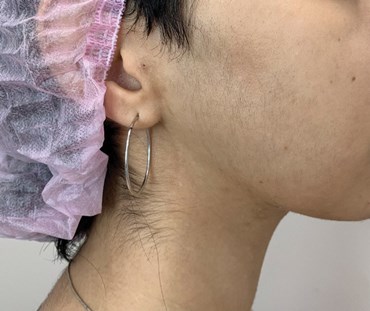 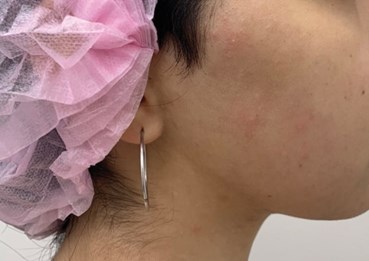 Patient A, a 20-year-old female, has been followed up at the clinic for more than two years. When she was 14, she noticed excess growth of dark and coarse hair on her arms, shoulders, chest and face (chin, upper lip, cheeks and forehead). At the age of 15, she developed papulopustular acne on the lower third of her face. She tried at-home waxing, threading, depilatory creams, hair removal devices, and bleaching chemicals on her own. For five years, the patient experienced irregular periods. Gynaecologic evaluation at the age of 15 and 16 did not reveal any abnormal changes in her hormonal status. When she was 19, another gynaecologist diagnosed her with PCOS. They initially prescribed therapy with contraceptives containing drospirenone + oestrogens and 10mg of cyproterone acetate. This failed to produce favourable effects and was substituted with contraceptives containing progestogens + oestrogens and 10mg of cyproterone acetate resulting in positive effects.

Eighteen months before being prescribed COCs, the patient initiated laser hair removal sessions for the face and arms, however, no significant positive changes were observed during that period. Laser hair removal procedures were performed using a GentleMax Pro device (Сandela Corporation, USA), with an interval of five to six weeks. After four to six months of COC use, positive changes began to occur, and one year later, a persistent positive outcome was noted, including acne clearance.

We obtained favourable outcomes in the treatment of PCOS-related excess hair growth. The initial decrease in hair growth was seen six months after the patient was prescribed oral contraceptives containing drospirenone + oestrogens and 10mg of cyproterone acetate. Significant changes were obtained three months after the substitution of the previous therapy with contraceptives containing progestogens + oestrogens and 10mg of cyproterone acetate.

This result is consistent with the published literature. Studies have shown evidence of the high efficacy of oral contraceptives in inhibiting sebum production, secondary both to the suppression of androgen over-production by the ovaries and the blocking effects of cyproterone acetate on androgen receptors in the sebaceous glands [1-3]. When assessing the effects of the therapy on hirsutism, the author noted that the condition tended to decrease after three months of the treatment.

Three other study results have also demonstrated that COCs containing cyproterone acetate had been effective in the treatment of androgen-dependent dermopathy [4-6], while others noted that 5 alpha-reductase in the hair follicles converted testosterone into more active dihydrotestosterone [7,8]. An increase in free testosterone level plays an important role, as it aggravates the clinical manifestations of hyperandrogenism. Therapy with COCs is essential for hirsutism treatment in women. According to several papers, when choosing methods of treating PCOS, one should target all sources of androgen over-production. When prescribing medications, their side-effects and tolerability should be taken into account, since the higher effectiveness of PCOS treatment is associated with the duration of taking certain drugs.

Laser hair removal in the settings of appropriate medication therapy provides significant positive changes, as it prevents the growth of new hair while improving patients’ self-esteem and quality of life.

Declaration of competing interests: The author is a Certified Trainer for Candela Medical. 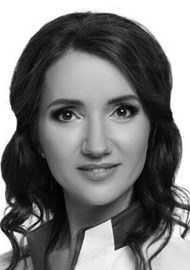 She is a Researcher and Teacher at the Department of Dermatology and Venereology and the Coordinator of the Postgraduate Educational Course in Cosmetic Dermatology at the First Pavlov State Medical University of St. Petersburg and St. Peterburg Institute of Beauty Galaxy.